If all you care about is “turning pro”…

Do the work — every single day.

If you feel “turning pro” is only part of the equation, read on.

Because it is only part of the equation.

As you may know, I read a lot.

It’s about how to beat your inner demons (which he calls Resistance), and why we need to go from being an amateur to becoming a professional (turning pro) if we want to “become who we always were but had, until then, been afraid to embrace and live out.”

It’s a book that gives you a not-so-nice-but-necessary-kick-in-the-ass.

Ok, enough bragging about me being a bookworm.

Why am I telling you all this?

Because I’m sick ‘n tired of my own BS.

Yes, I’ve accomplished a lot of things I never dreamed of — in the past.

You’re getting tired, too?

You could fall into the illusion that my life’s helluva paradise on earth. Most probably you don’t care at all about me and wish I revealed the secret to becoming a pro at anything right here right now. Alright…

Turning my social life around in mid-2014 (and writing online consistently since 2021) wasn’t an accident; I surrounded myself with the right people, was in the right environment, took daily action, and adjusted.

Hate the term, but I “deserved” it.

I took action no matter what.

Yet, it wasn’t by design.

I had no clear strategy.

If you want to improve your life, you don’t need to be a pro. You need to get your shit together. You gotta take daily action.

Once you improve your life, you need to maintain it and keep growing. This is where Turning Pro comes in. It’s not about you bragging in front of your newly made friends that you’re better than them… rather the contrary. It’s about you lifting everyone else up — especially when they are down ‘n out — because it’s the right thing to do. You intuitively know that.

Tbh, I could have gone further and excelled faster if I had a sound strategy put in place back in 2014.

Here’s what I believe:

“It’s much easier to turn your life around (even if you have no clue at all what you’re doing = amateur) than to strategically create a meaningful life once the foundation is in place (=pro).”

Why? Because, lifestyle habits.

In order to ‘turn pro,’ you got to commit and re-commit every single day.

That’s why long-term growth is harder to achieve than short-term results.

Whether you’re poor or not, doesn’t matter.

What’s easy to do is also easy not to do.

Learned this from listening to Jim Rohn.

One decision every single day.

Will you (re)commit yourself to do what you set out to do?

Or will you give in to immediate gratification?

Most people choose the latter.

Go against the grain.

No one said it’s gonna be easy.

P. S. I don’t want to confuse you with this article. “Turning pro” has its benefits. However, you should build your foundation first; by taking consistent action. Then, you can build systems and strategize for growth. Realize that “turning pro” is something most people aren’t aware of (or are willing to do). 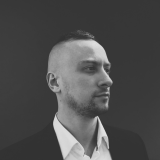 This website uses cookies so that we can provide you with the best user experience possible. Cookie information is stored in your browser and performs functions such as recognizing you when you return to our website and helping our team to understand which sections of the website you find most interesting and useful.

These cookies are necessary for our sites to function or to enable our affiliate program, and cannot be switched off in our systems. They do not store any personally-identifiable information.

These cookies are set in response to actions made by you which amount to a request for services (e.g., submitting a site URL into your browser, clicking an affiliate link to one of our marketing landing pages).

They ensure the proper technical functioning of such service (e.g., carrying out necessary transmissions over the internet, ensuring proper attribution to affiliates who have referred you, showing a website version that has a broadband-related data quantity corresponding to that of your Internet connection, changing from http to https as appropriate, etc.).

More Information on Affiliate Program Cookies: Where you have landed on one of our pages due to a link provided by our trusted affiliates, a cookie is set by our referral marketing provider as necessary for the affiliate to get credit for referring you and for you to get any bonuses or rewards that the affiliate may have offered you for following their referral link.

If you do not allow these cookies (e.g., through browser settings), some parts of the site will not work.

If you disable this cookie, we will not be able to save your preferences. This means that every time you visit this website you will need to enable or disable cookies again.

This website uses Google Analytics to collect anonymous information such as the number of visitors to the site, and the most popular pages.
Keeping this cookie enabled helps us to improve our website.
The same goes with Facebook Pixel

Please enable Strictly Necessary Cookies first so that we can save your preferences!